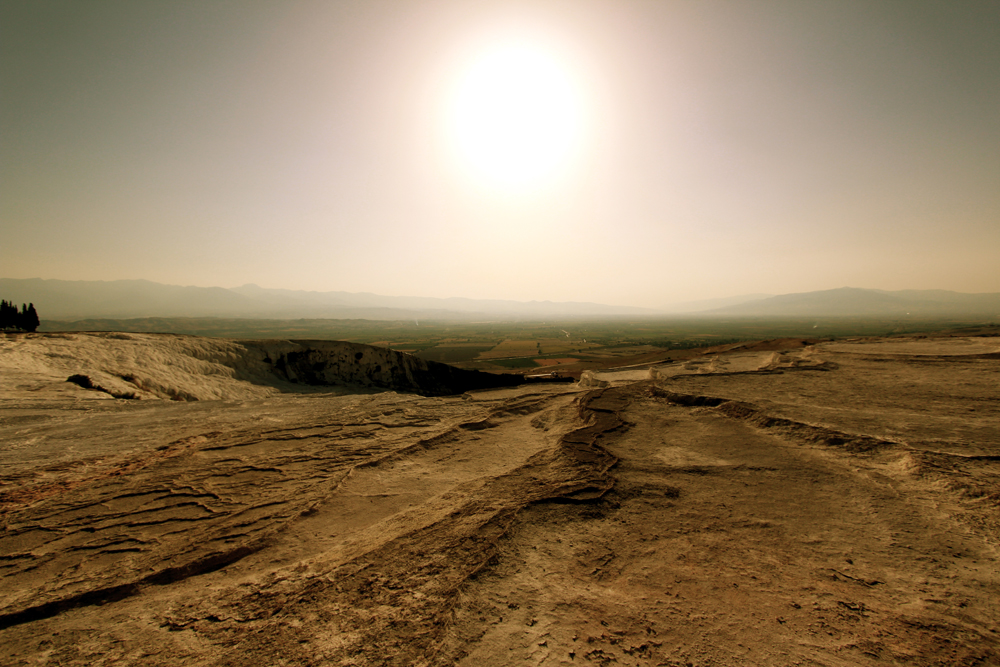 What’s better than lounging in a natural-bath spa with warm spring waters cascading over terraces of white mineral deposits? Absolutely nothing.

With dramatic basins of dazzling white, petrified calcium castles, Pamukkale (which means “cotton castles” in Turkish) is an ancient spa city built by the Romans in the 2nd century BCE. The spa’s water source is heated by volcanic lava which then dissolves into pure white calcium. When the calcium cools, it solidifies and forms white stone (travertines), which explains the snowy appearance of the landscape.

So our day began with a walking tour through Hierapolis (“Sacred City”), an ancient Roman town adjacent to the 1.6 mile stretch of the sacred warm-water spring and ended with a relaxing dip in the outdoor spa. It was the perfect balance of historical sightseeing and indulgent pampering. Some of the highlights of the spa day included:

» The city of Hierapolis opens up with the ruins of a gymnasium (photo 2 below). Even in 200’s BC, a spa would not be complete without a gym!

» Waters from the natural spring also run through Hierapolis, forming a “Sacred Pool” in the heart of the city. Believed to have healing powers, there were hundreds of visitors soaking it all in. Although fresh water flowed in continuously, we decided to watch along the steamy path.

» With stunning 360 degree views of the city, the great Roman amphitheater (photos 5 and 6) of Hierapolis was built to seat 12,000 and was a stage for the latest news and events. We used it to showcase our levitation skills.

» The monumental gates (photos 12 and 13) of Hierapolis open up to the main street, Colonnade Street, of the ancient city.

» The necropolis (photos 9-11), dating back to the Hellenistic period, is one of the largest and oldest existing cemeteries in Europe. Situated on both sides of Hierapolis, the large necropolis is filled with sarcophagi, including the Tomb of the Gladiators.

» After a 4-hour tour through the beautifully preserved city, we walked our tired legs and aching feet past dried-up travertines (photos 16-18) to the active hot springs and watched the breathtaking sunset. A view that even a few stray dogs couldn’t stay away from (photo 21). 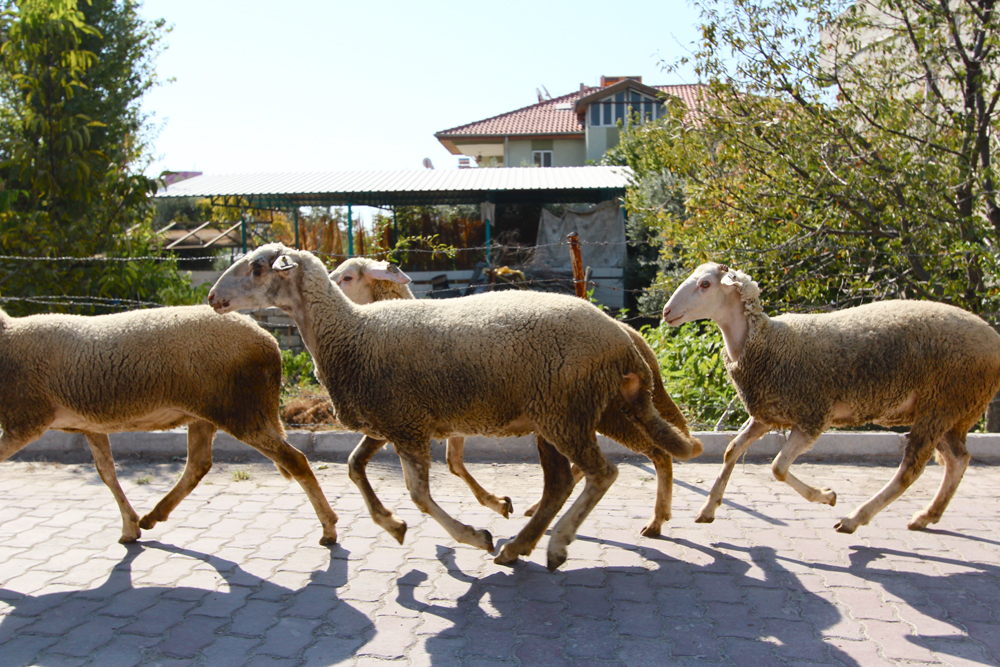 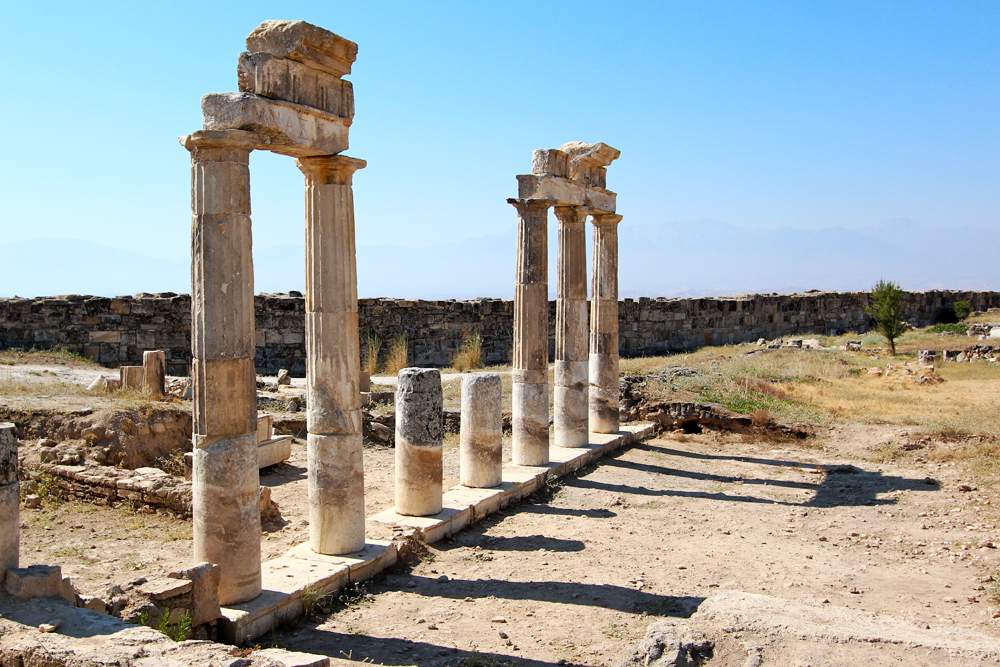 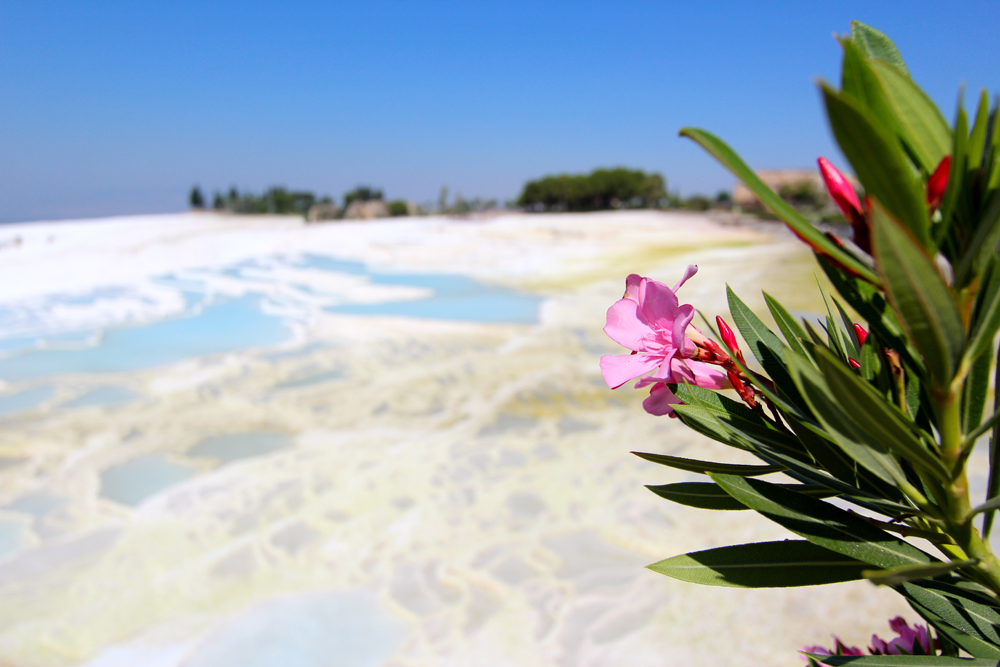 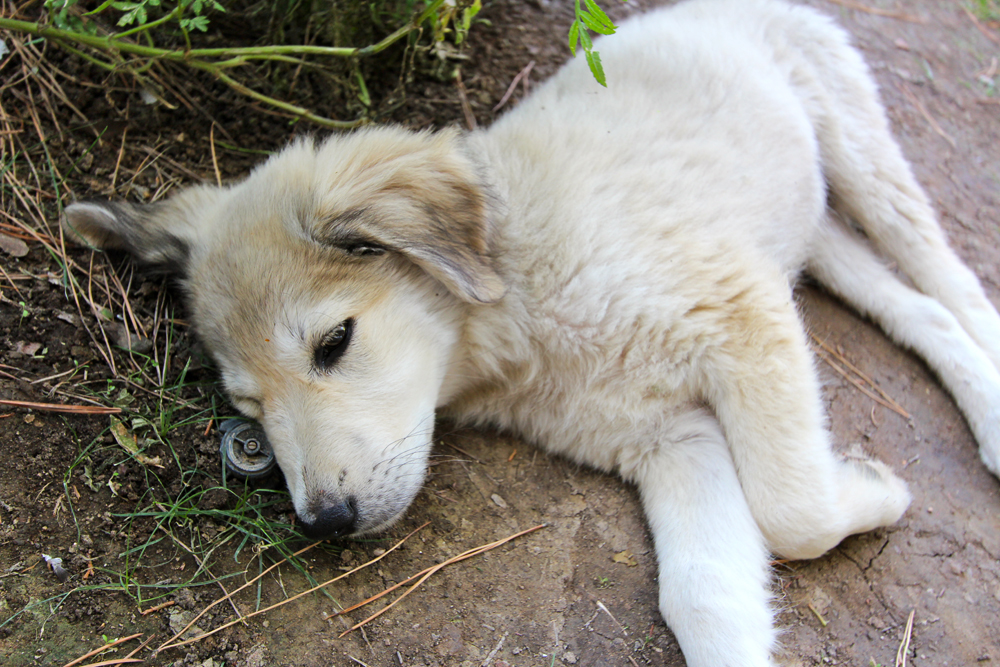 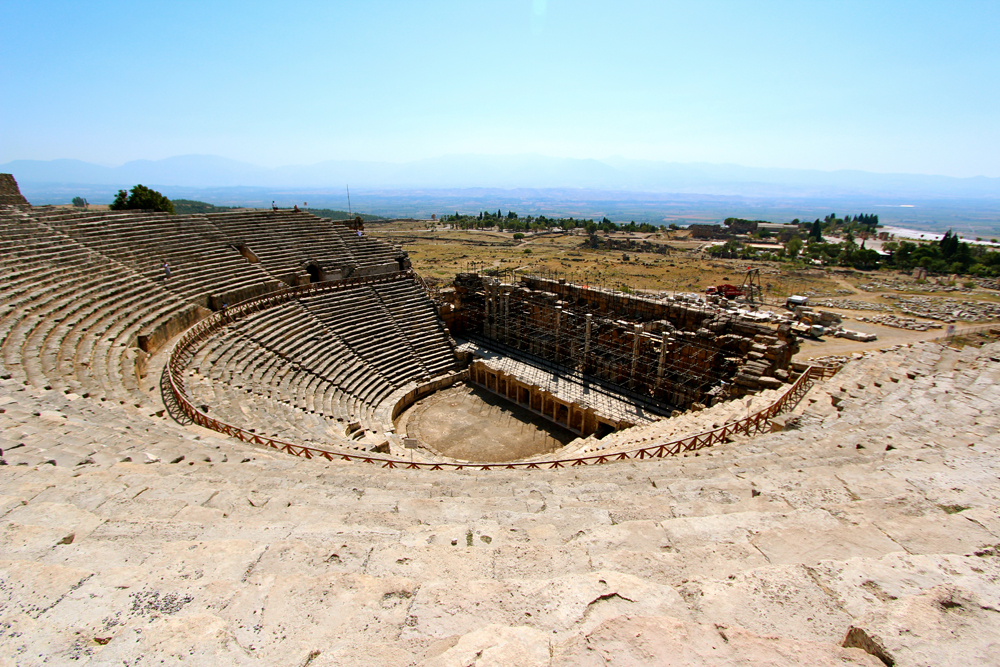 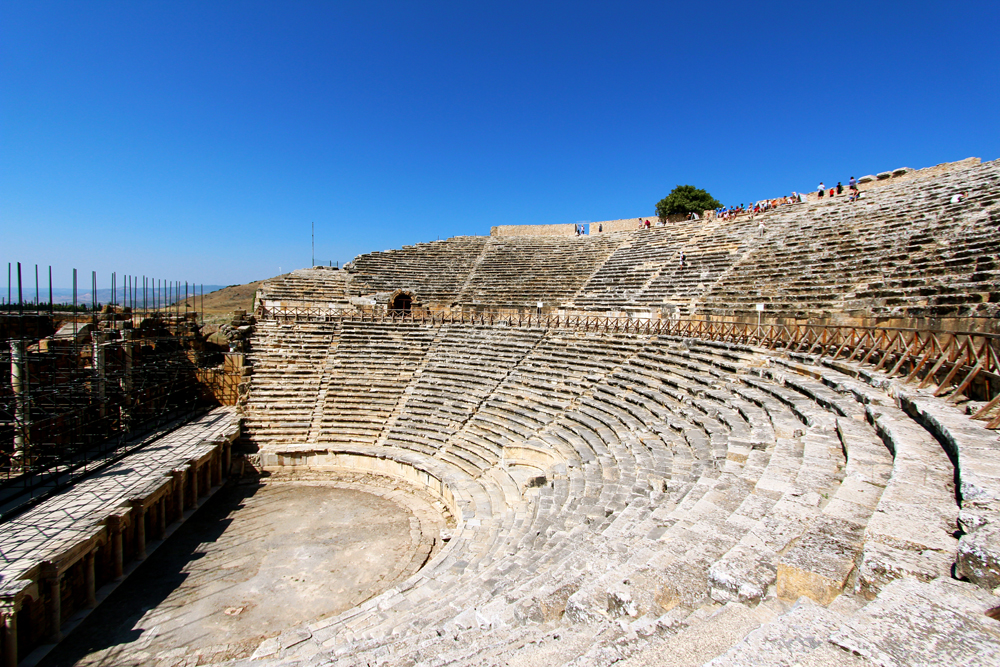 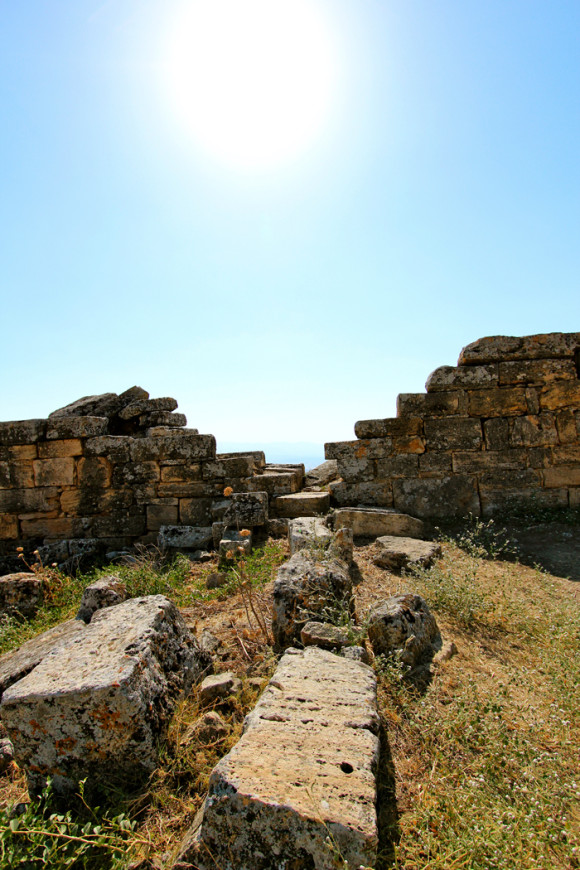 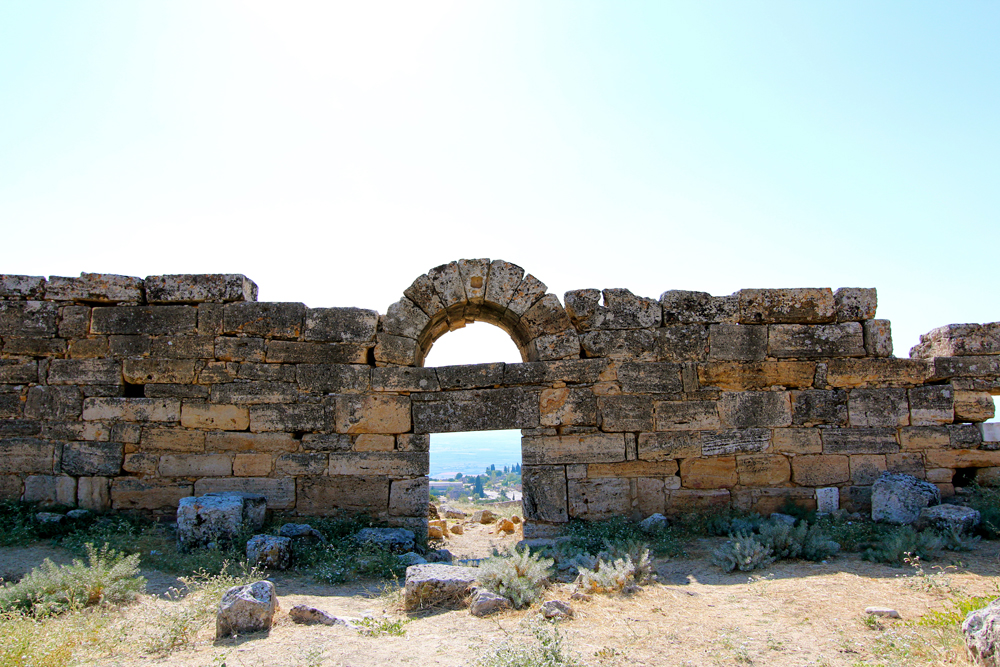 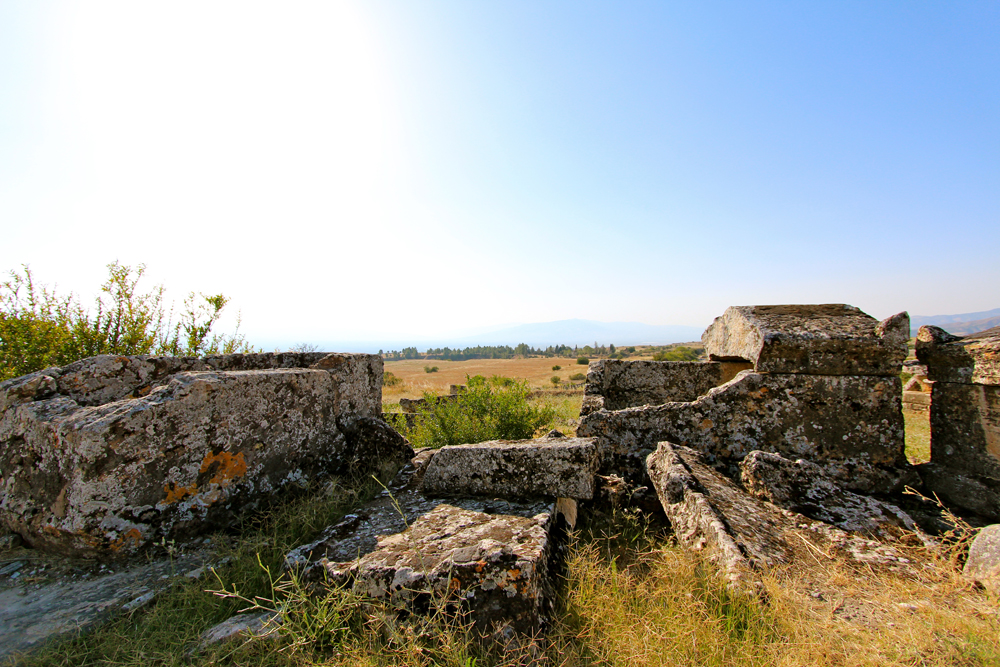 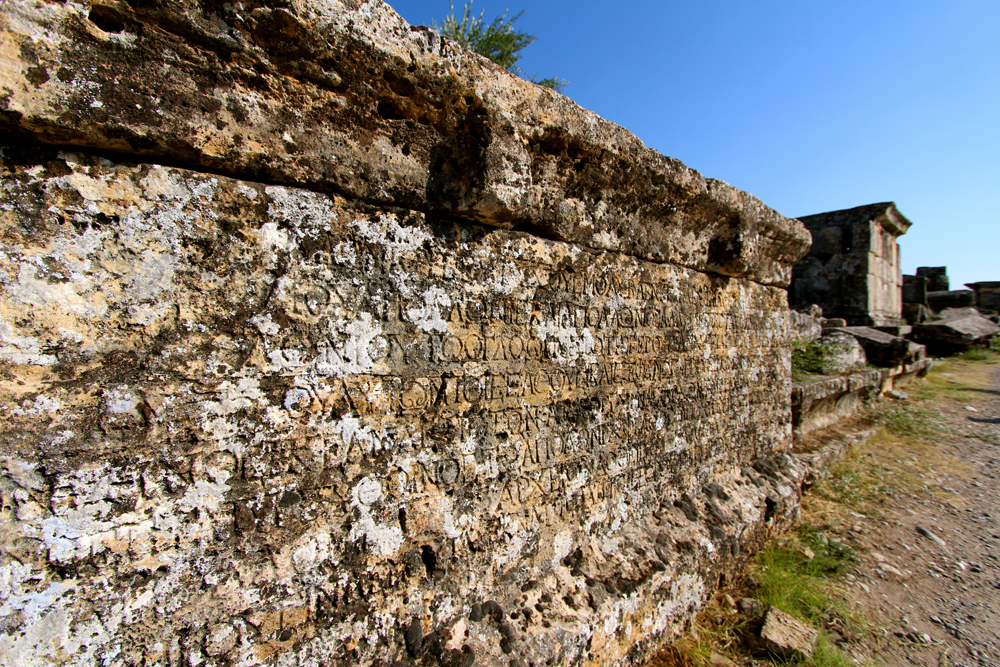 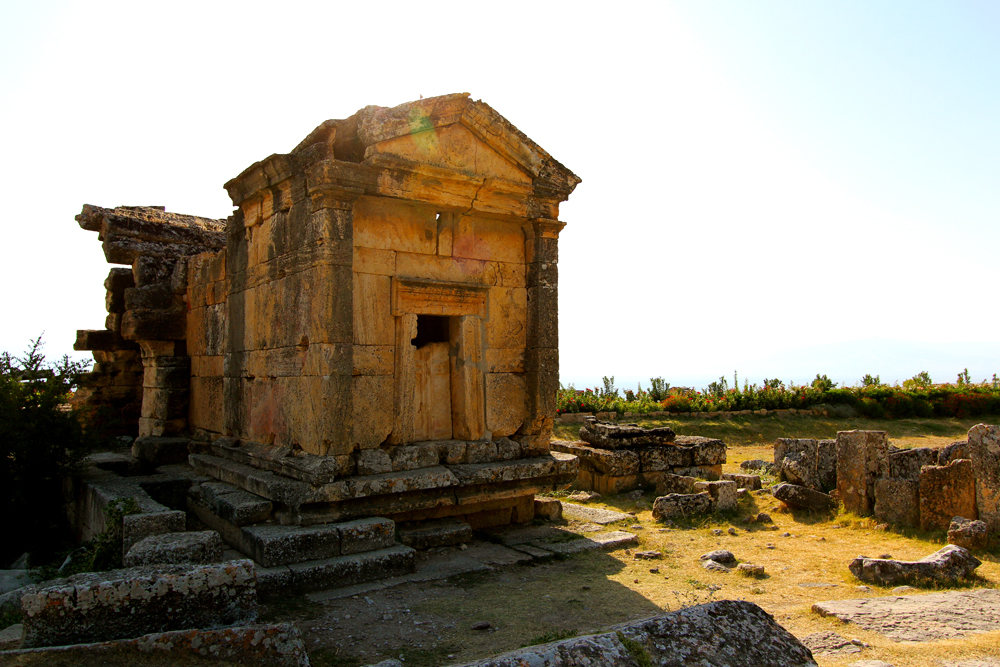 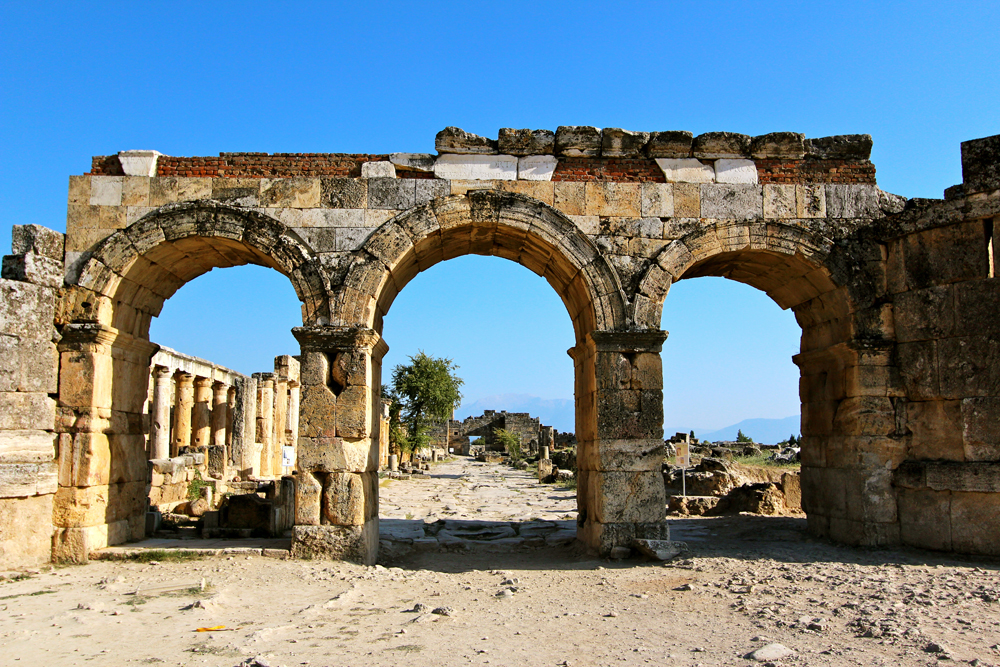 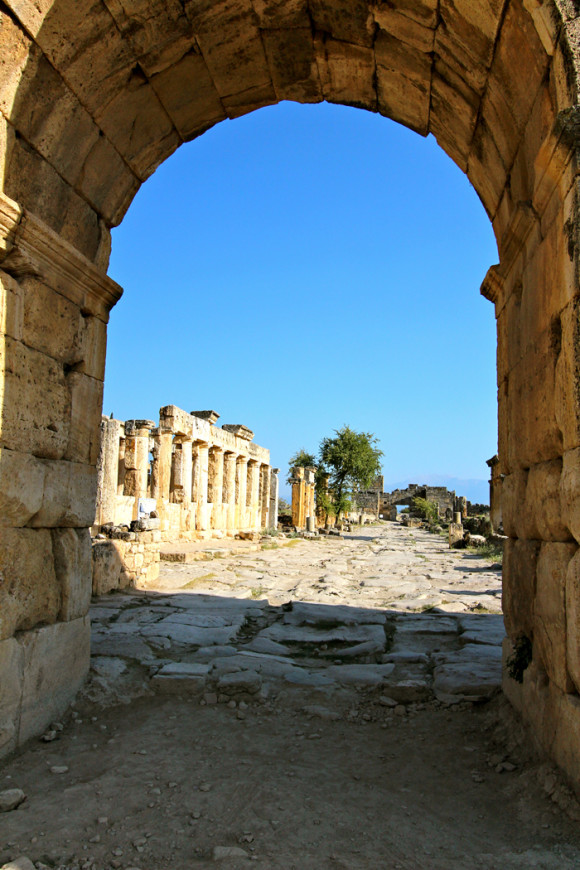 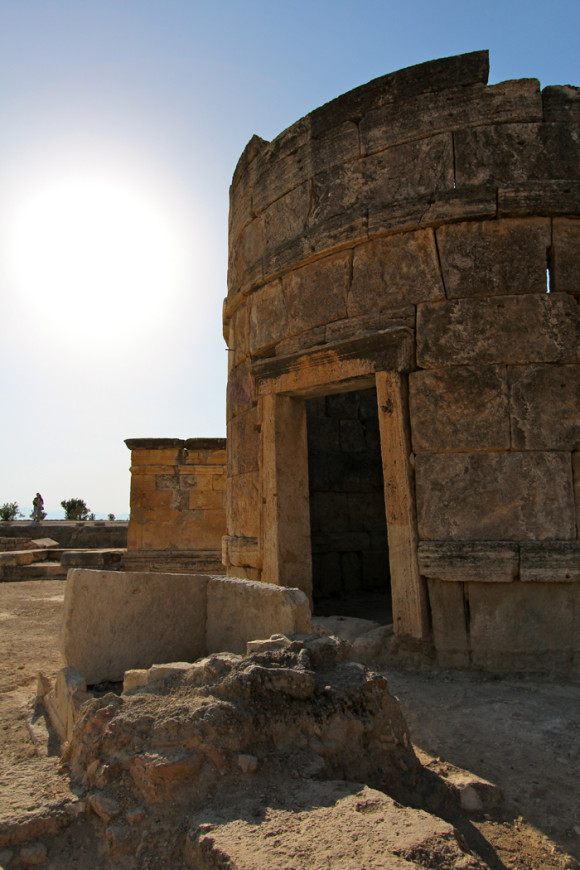 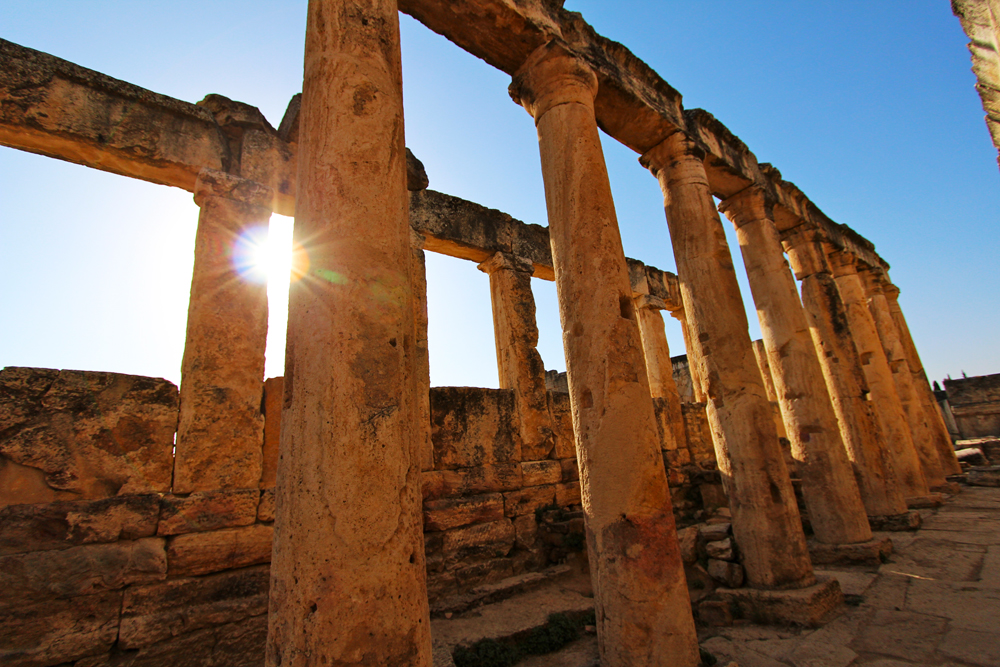 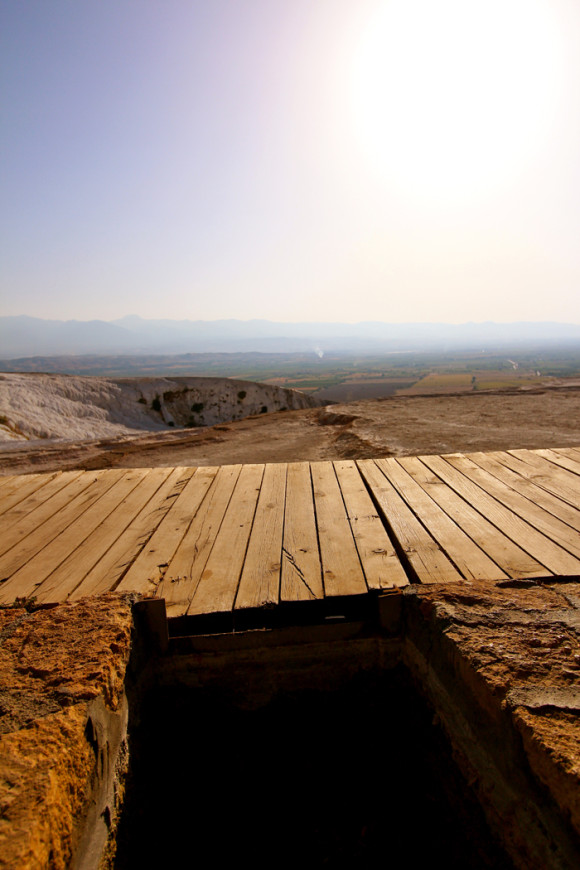 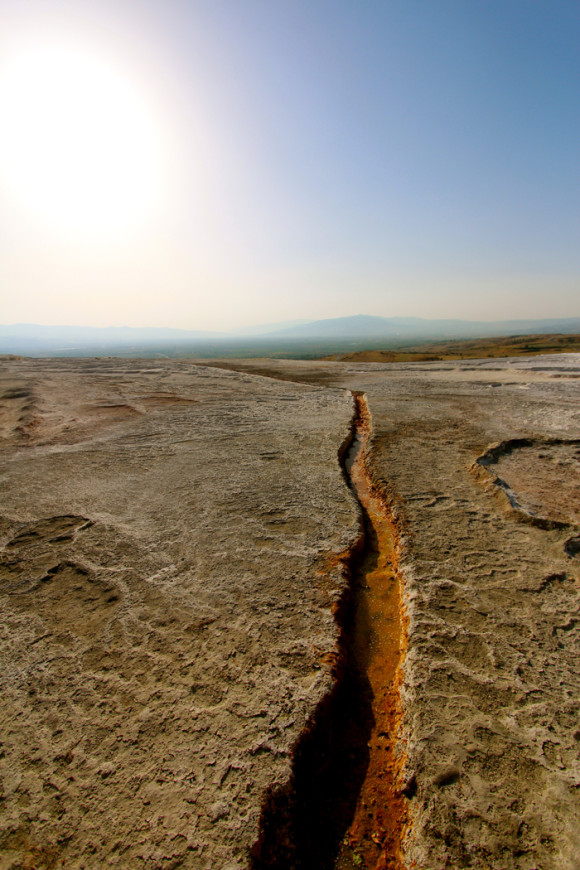 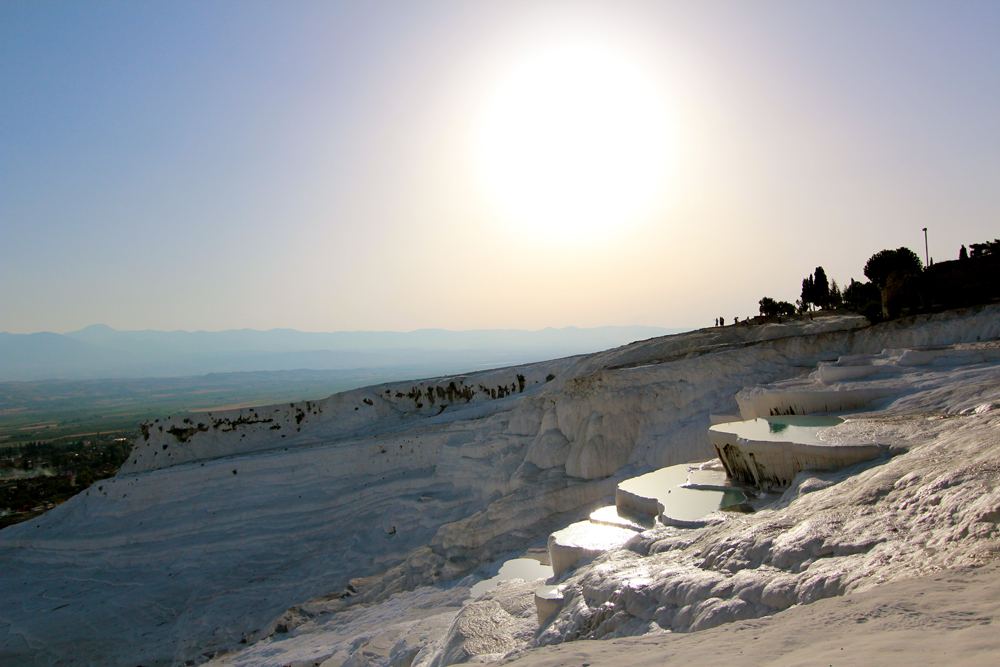 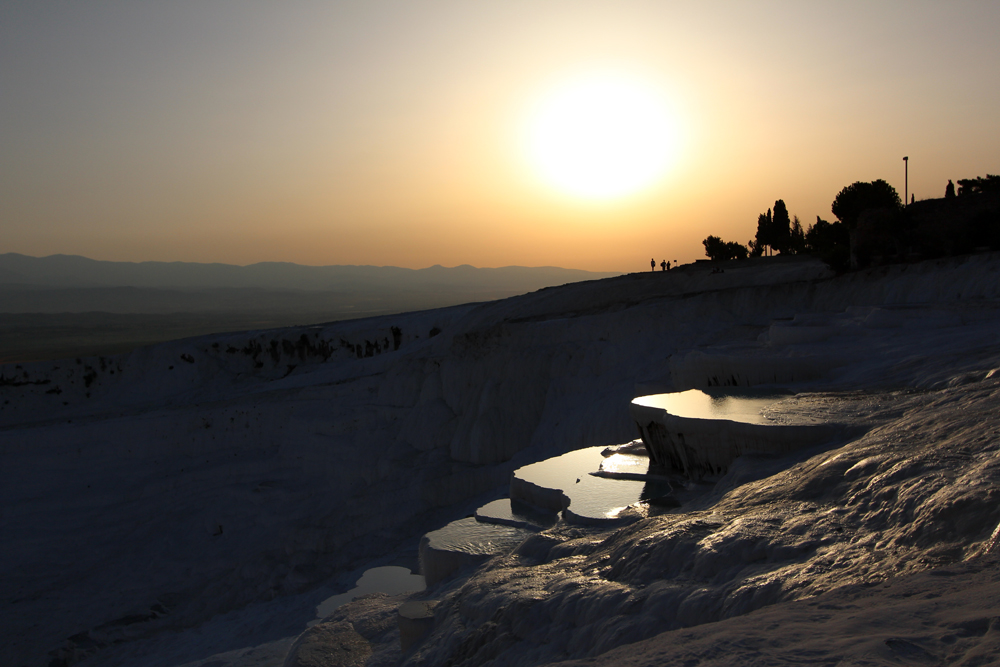 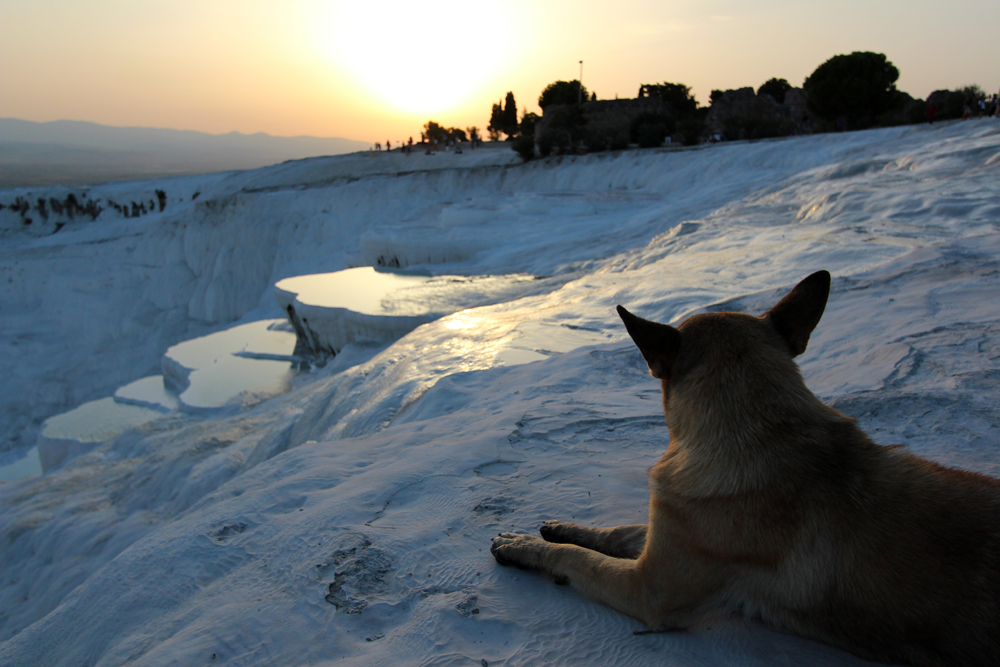 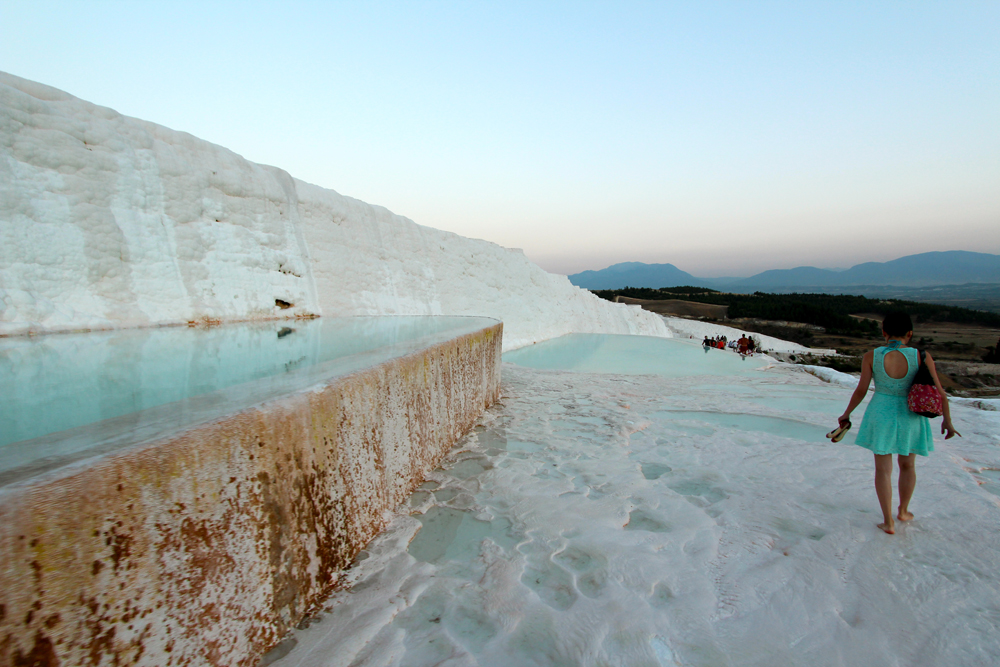 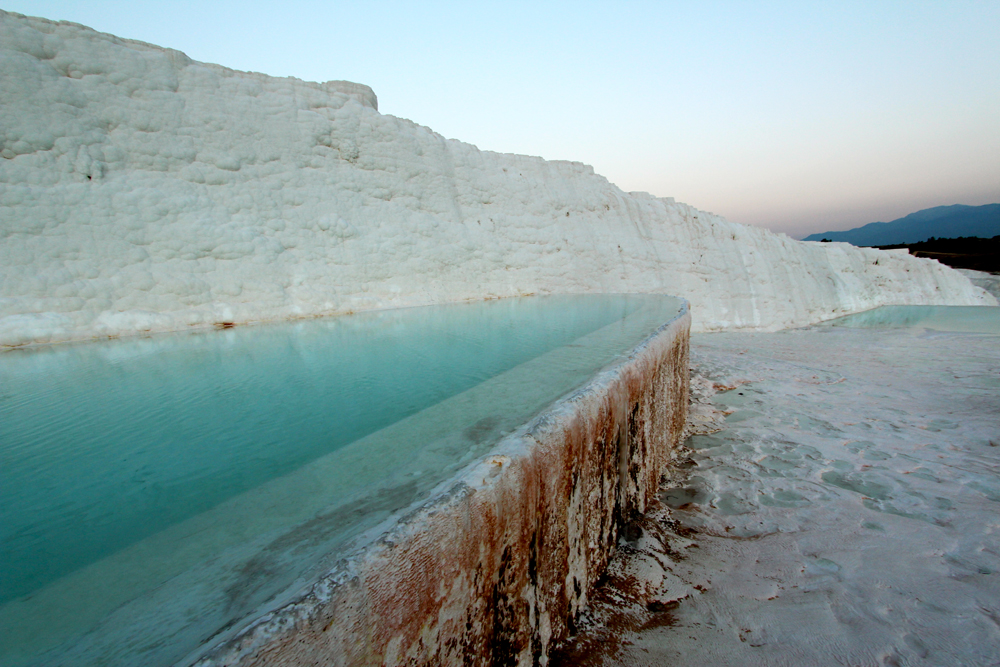 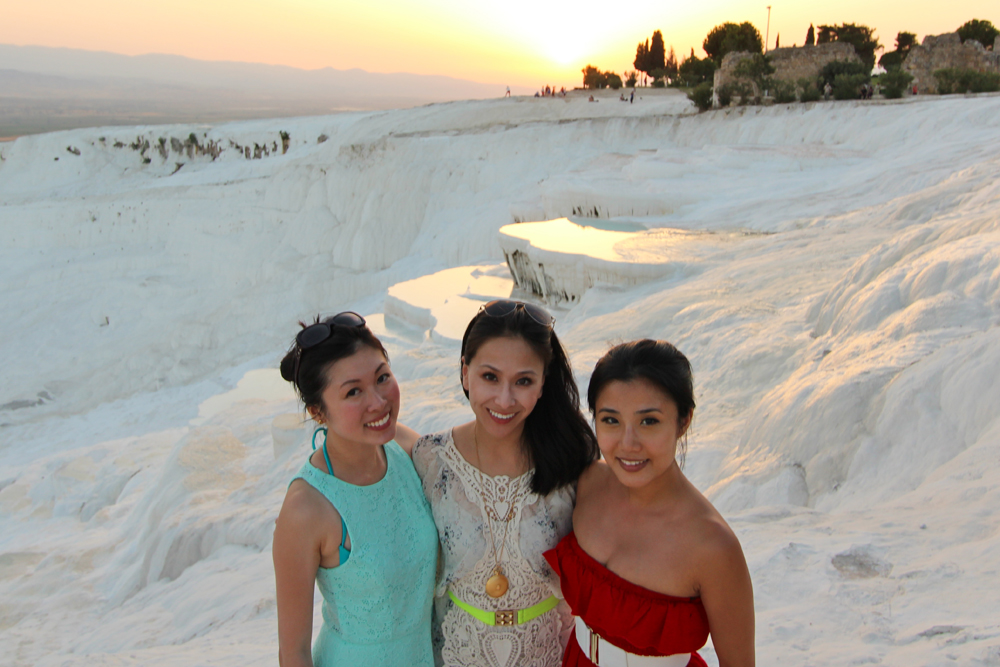 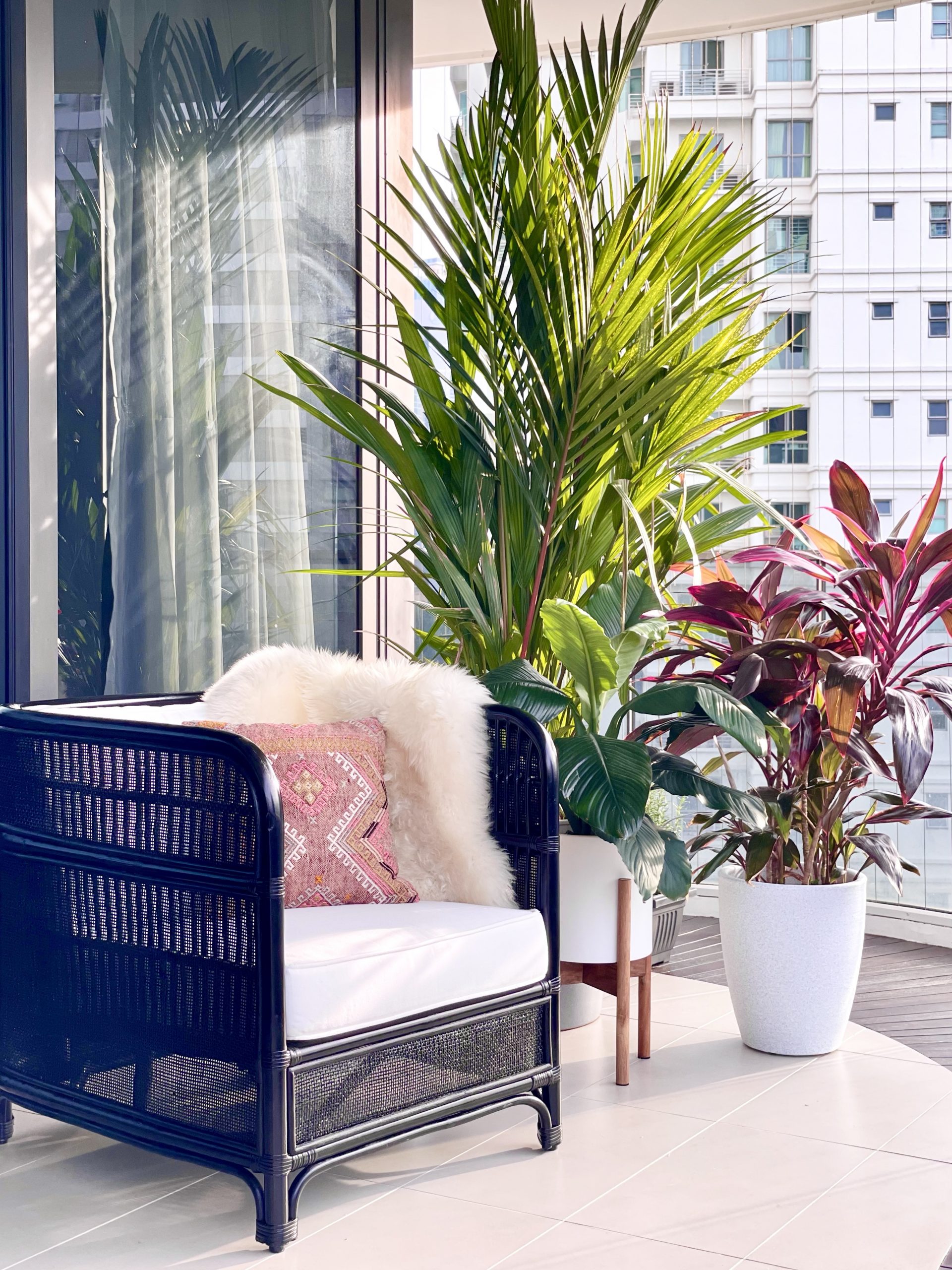